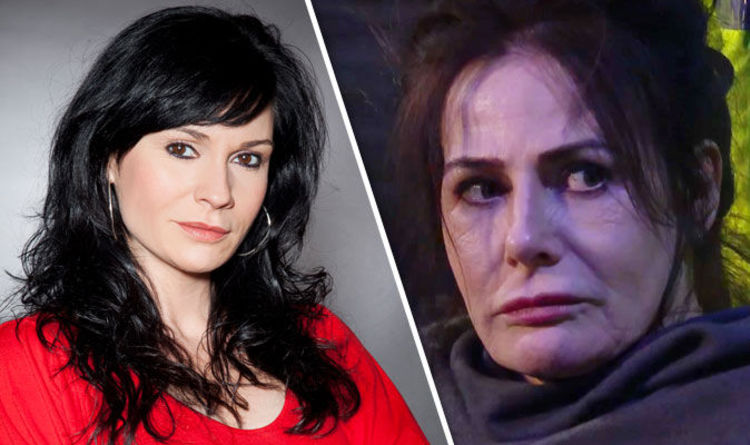 Actress Lucy Pargeter – who plays the much-loved character – is expecting twins and will go on maternity leave from the soap.

Viewers recently saw Chas and Faith’s reunion which was less than welcoming.

Speaking to press, Iain explained the storyline in greater detail, saying: “Chas’ exit story is tied in with Faith.

“Obviously Chas is back in the not-too-distant future and there’s a risk, as the viewers know the off screen situation.

He added: “So if you create a big, ‘gasp, I wonder if she has left for good?’, people would think, ‘well, she hasn’t though, has she? She’s just gone on maternity leave.”

Iain teased that the 39-year-old could return, saying: “Nobody dies or anything!

“We didn’t want to lead the audience up the garden path, but it’s big and emotional – with some of the funniest and most heartbreaking scenes between Faith and Chas in the run up to it, which sums up their whole relationship.”

The news comes after Lucy announced that she is expecting twins with partner, Rudi Coleano, last year.

In other Emmerdale news, Chas’ on-screen son, Aaron Dingle (played by Danny Miller) will be sent to prison for 12 months after attacking Kasim Sabet (Ethan Kai) sending fans into a frenzy at the thought of his departure.

However, the actor confirmed that that doesn’t necessarily mean he’s leaving the soap, stating: “There are plans for Aaron for a while.”

Laura, 38, was on hand to present the weather from Stroud for the last Good Morning Britain instalment of the week. The...

Doom Patrol EP Breaks Down That Fiery Finale Cliffhanger, Including What Will Be Revealed in Potential Season 3

RELATED STORIES Doom Patrol wrapped its second season on Thursday with a cliffhanger so intense, we almost screamed Robotman’s...

Legends of Tomorrow: Olivia Swann Will Be Back as Series Regular in Season 6

Earthbound Astra is sticking with the Legends of Tomorrow. The character’s decision to explore the human world in the Season 5 finale...

RELATED STORIES Will Lucifer tackle an uncanny crime? Will Agents of S.H.I.E.L.D. give closure? What’s “delicious” about...

The One Show presenters, Alex Jones and Gethin Jones had invited Hugh Bonneville to join them on a live video link them evening to speak...