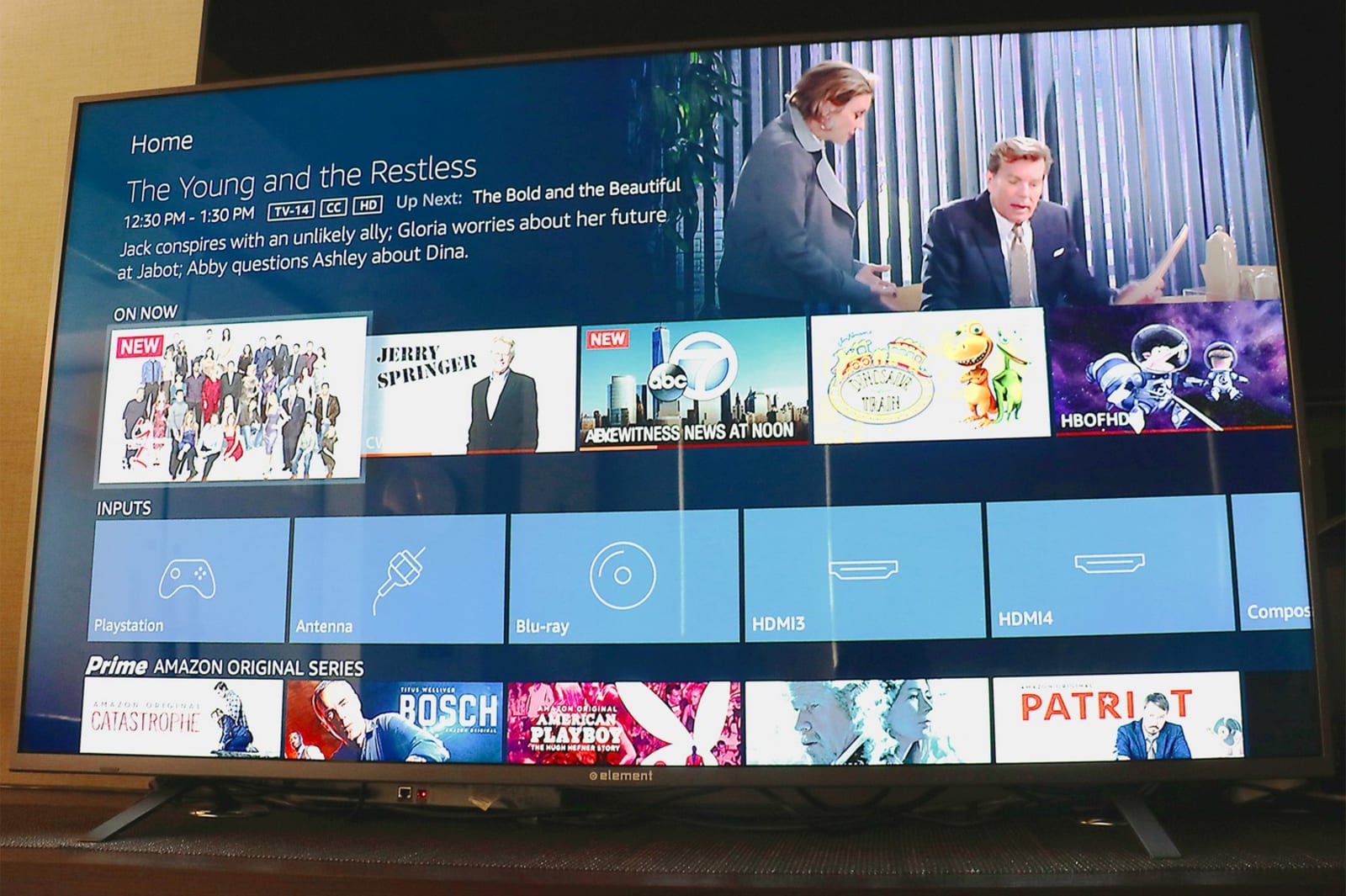 One of the Element Fire TV Edition set’s main hooks is clearly its Alexa voice control, so it stands to reason that the entire television stands to benefit the more you can use it, doesn’t it? Sure enough, Element is trotting out an update that makes better use of voice recognition. You can enter text into fields using your voice instead of the keyboard, which could take a lot of the pain out of filling out forms and certain search boxes. Also, you can rename inputs to more familiar terms and use Alexa to switch to them — you can specify that you’re jumping to your PS4 instead of “HDMI2.”

The upgrade isn’t all about verbal communication. Element went so far as to tweak the standard picture setting for higher contrast, particularly black levels, and adds customization for element like gamma and white balance. You can alter the image quality for individual inputs, too, and it’s possible to add individual channels to your favorites from the On Now row that shows what’s hot. These and the Alexa improvements won’t necessarily make you skip over a high-end set, but they could make Element’s unit a more tempting proposition if you’re on a budget.

When evaluating the security of an application and data model ask the questions: What is the sensitivity of the data?...