Not quite magnificent seven 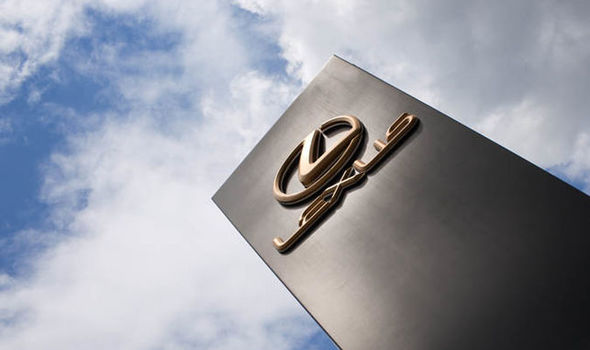 The new model has been added, Lexus says, in response to customer demand for seven-seat practicality and to attract more buyers with younger families.

Just 9 per cent of the regular five-seat RX buyers have children aged between three and nine, while that number is 35 per cent for the rival seven-seater Audi Q7 and 46 per cent for Volvo XC90.

The car looks better proportioned than the more coupé-like standard RX but takes on a stance that is maybe more raised estate car than imposing SUV.

From the front it looks like the existing RX L and has a huge gaping grille and slender LED horizontal lights on all except the entry trim level.

But the RX L has been completely redesigned at the rear, with a taller roofline giving more headroom for the new third row of passengers, while the body has also been lengthened by 4.3in to give them some legroom.

It looks the same as the five-seater all the way to the back where the lengthened body, steeper rear window and less swooping roofline house those extra two passengers.

One key advantage the RX L has over rivals is emissions.

The Lexus brand and its Toyota parent company have led the way in regular hybrid technology.

The car doesn’t need plugging in but combines a 3.5-litre petrol engine with two electric motors producing 50kW to give an equivalent of 308bhp.

The hybrid uses energy created while the car is braking to recharge the on-board battery but offers only a couple of miles of battery-powered driving at a time (compared to 30 miles for plug-in models).

The RX’s system works well, though, and quickly and constantly recharges itself for low-speed electric driving.

This system, branded RX450h L, is the only engine option and boasts a 0 to 60mph time of 8.0 seconds along with a 112mph top speed plus 47.1mpg (on paper) with 138g/km emissions – which is good but a poorer average fuel economy figure than equivalent diesels.

Hybrid is the best bet but higher-mileage motorway runs will see a diesel car a more sensible decision from a fuel cost point of view.

The RX L costs up to £2,450 more than its five-seat equivalent and has a third-row climate control that, oddly, can’t be overridden from the front.

It’s priced in the same £50,000 ballpark as its rivals for the most popular trim, though the standard equipment offering stands up well against the competition.

So, on paper, the Lexus makes a lot of sense, especially as it’s very well-equipped but, while not bad in the main, the RX is a very forgettable drive.

The hybrid powertrain is much-improved over the poor efforts of previous generations of Toyota and Lexus hybrids but still suffers a degree of there being more noise than feeling of forward motion under strong acceleration.

Despite the noise, at cruising speeds the refinement levels are excellent and driving on battery power at low speeds is a therapeutic counter to the stresses of urban driving.

The biggest flaw though, is the chronically poor infotainment system.

The 12.3in screen is large enough, and offers a decent rear camera view for reversing, but the mouse-style controls are mounted between the front seats and you have to take your eyes off the road for too long to use it.

Otherwise, though, the interior is of premium quality, if lacking in a real design flair or character.

The important point of the RX L is that new third row of seats.

Lexus says they are for child use or for adults on short journeys.

The middle row of seats slides by 5.9in, best in class in terms of flexibility according to Lexus.

For short trips it’s possible to move the seating positions around so adults in all three rows would have enough legroom but headroom isn’t great at the back and the central seat in row two is small.

So transporting seven adults wouldn’t be great, but medium-sized children will have no problem in row three.

The RX L adds some useful practicality to the Lexus line-up, though the price tag is a bit steep.

The driving experience, so-so looks and horrible infotainment controls apart, it makes a decent case for itself, especially for anyone with an eye on running costs, or concerned about the future of diesel engines.

The Truth About Deciding What To Feed Your Pet

We know you love your pet and would do anything to make his or her life as long and fulfilling as possible. From walks, to play time,...

Article was originally published on ChangeRoots. The science of performance reviews has dramatically improved in the last few years. The...

4 Things You Need to Know About Partisanship and Voting Behavior

Article was originally published on ChangeRoots. Deep thinkers are more likely to be blind partisans There was a study done to...