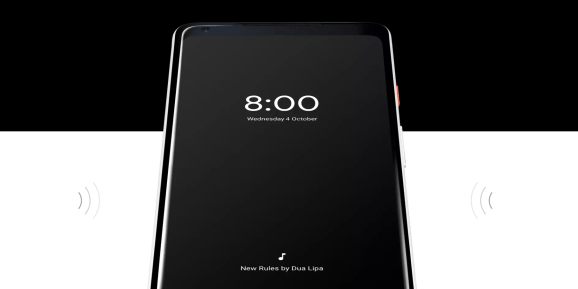 In a nutshell, the Pixel 2 is capable of switching into do-not-disturb mode automatically when it detects that the user is driving, similar to a feature Apple introduced with its latest iOS refresh.

Once the feature is enabled in the settings, the phone uses multiple signals from sensors, Bluetooth, and Wi-Fi to establish that the person is likely behind the wheel of a car — for example, if you’re connected to a car’s entertainment system, there is a high likelihood that you’re driving. Based on this information, the phone silences all incoming messages and notifications, while keeping core voice-compatible features such as calls and navigation cues intact.

Google has offered the Activity Recognition API to third-party developers for several years already, enabling them to build applications that need to know what activity a user is currently engaged in, be it running, walking, cycling or, indeed, driving. But next year, Google said that it will offer a new Activity Recognition Transition API — the same one that powers the Do-Not-Disturb feature on the Pixel 2 phones.

The company hasn’t yet detailed the full capabilities of the API, but it does hope that it will enable developers to “build distraction-free driving experiences,” according to a blog post on the matter.

Many apps offer driving modes. Indeed, Spotify is currently in the process of testing a new driver-focused feature that makes the track-skip buttons larger and opens up a microphone for voice-powered music requests. If Spotify was to launch this feature, and integrate Google’s Activity Recognition Transition API, this could help users shift effortlessly from walking along the street listening to tunes to driving along the highway listening to the same tunes, without having to manually configure anything in the app.

Similarly, dashboard cam apps, for example, could perhaps be configured to activate / deactivate recording without any manual intervention.

Last year, Google launched its Awareness APIs, which use multiple data points — including location, weather, and activity — to help developers build intelligent apps that can figure out what the user is currently doing. With the upcoming Activity Recognition Transition API, it’s clearer than ever that Google is going all-in on its efforts to bring true contextual awareness to machines.