Every automaker is going great lengths to improve fuel economy, particularly in trucks. Ram has gone with ultra-mild hybrid technology, and Ford has gone with turbocharged V6 engines, a new diesel, and a 10-speed transmission. Until now, it appeared Chevy and GMC were going to focus on improving naturally aspirated V8s and adding a diesel. But it turns out Chevy had one other engine up its sleeve: a turbocharged four-cylinder.

Displacing just 2.7 liters, it is the smallest engine available on the 2019 Silverado – 300 cc less than the turbodiesel engine that’s also coming. But don’t let the size fool you. This new four-cylinder has specs that outperform the effectively carryover 4.3-liter naturally aspirated V6. At 310 horsepower and 348 pound-feet of torque, the inline-four has a 25 horse and 43 pound-foot advantage over the V6. And while exact fuel economy numbers have yet to be released, Chevy says the turbo engine will be more efficient than the V6. On top of all that, the four-cylinder also boasts a peak torque plateau between 1,500 and 4,000 rpm, while peak power comes at 5,600 rpm. 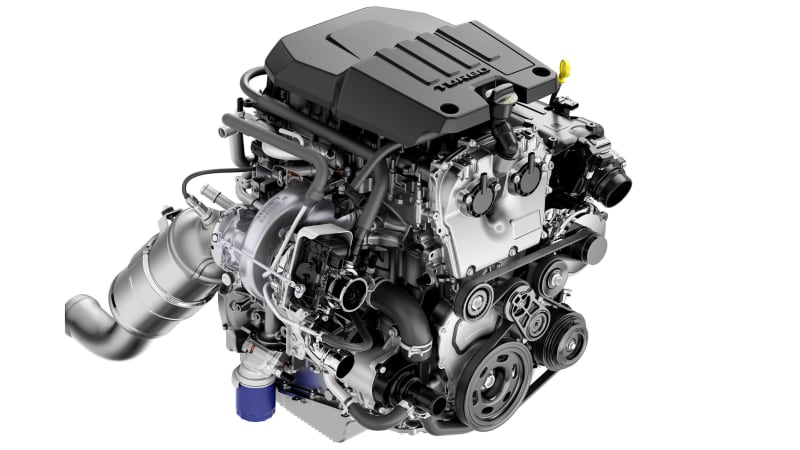 Chevy put a lot of work and some fascinating technology into this engine to get these numbers. First off, the company claims that this engine is completely new; not a modified version of an existing turbocharged GM four-cylinder. It was built from the ground up as a truck engine. Like some of its larger brethren, it also features cylinder deactivation, and it can shut off two of its cylinders, made possible by a nifty variable cam lift feature. 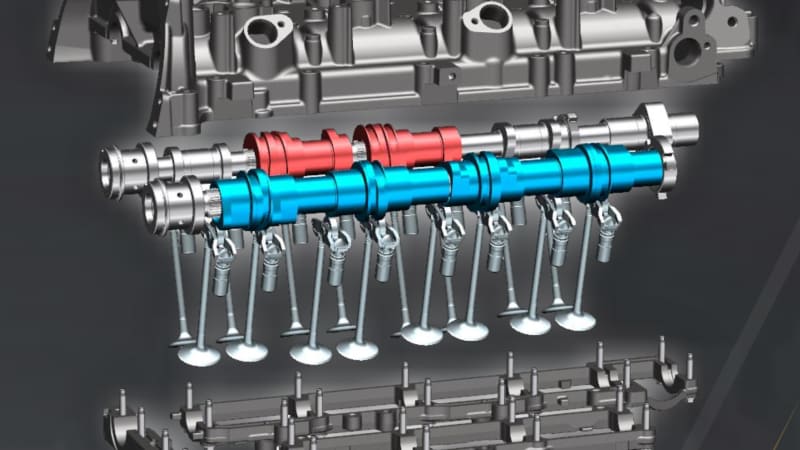 The camshafts themselves can slide in order to select different cam profiles, and all of the cylinders can run in a high-lift setting for maximum power, or they can shift to a low-lift setting for improved fuel economy under reduced load. There’s also a third setting that will shut off valves to two cylinders while keeping two others in low-lift mode for maximum fuel economy at cruising speeds.

In addition to the trick camshafts, Chevy did a bit of fiddling with the turbo and the cooling system. Chevy is now among many companies employing exhaust manifolds integrated into the head, which allows Chevy to provide additional cooling to the exhaust close to the turbo. This also helps warm up the engine more quickly at start-up. 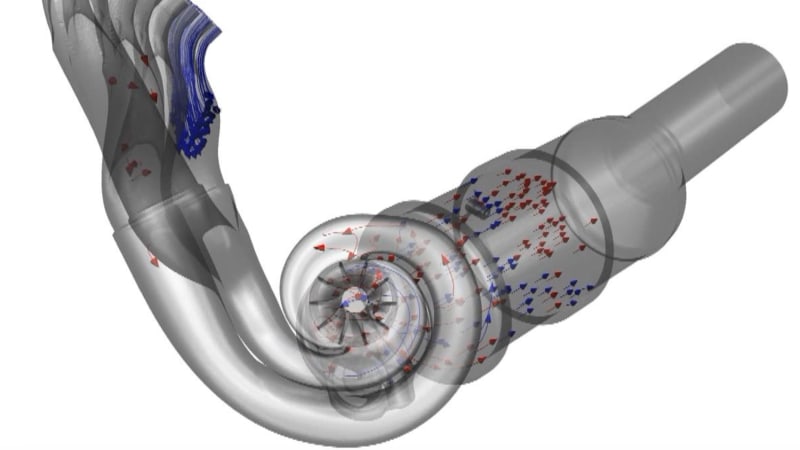 Now that we’ve made it through all this tech talk, the big question is, is the four-cylinder any good? And we can give you an answer because we were given a chance to drive a prototype back-to-back with a current V6 model for comparison. And in general, it’s a big improvement. The low-down torque is very noticeable, helping it take off with more authority than the old V6 model. The turbo spools up very quickly and there’s hardly any lag when hitting the gas. Odds are any delay you might feel is coming from the transmission, which is an 8-speed automatic for reference. That automatic transmission has some neat features, too, but we’ll dig deeper into that in the eight-cylinder prototype drive. 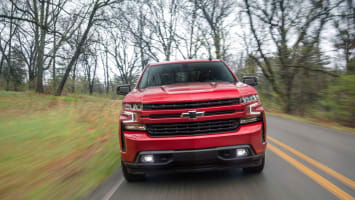 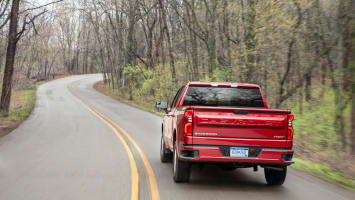 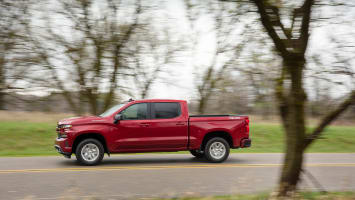 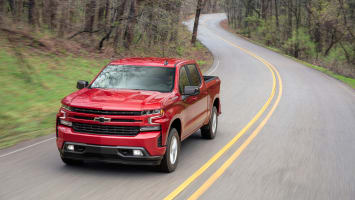 Not everything is perfect with the four-cylinder though. Our big complaint is that, well, it sounds like a four-cylinder, and it certainly doesn’t come close to the hearty burble of the V8s. In fact, when really worked, it starts to get a bit coarse and buzzy. Thankfully, it does deliver good pulling power even as you’re working it, so it doesn’t feel strained. And it always seems to pull harder and rev more readily than the lazy old V6.

If you want to pick up a four-cylinder for yourself, it’s only offered on LT and RST trims as the standard engine, taking the place of the V6. Those trims can also be had with the optional 5.3-liter V8 with Chevy’s new cylinder deactivation system that can shut off as many as seven cylinders, or the new 3.0-liter turbodiesel. The LT Trail Boss is only available with the 5.3-liter engine. The entry-level Work Truck and Classic trims still come standard with the 4.3-liter V6, and their optional engine is the 5.3-liter V8 that can only shut off four cylinders. Classic Trail Boss is only available with that V8. The top-end LTZ and High Country come with the fancy 5.3-liter V8 standard with options in the form of the 6.2-liter V8 and turbodiesel. Pricing and fuel economy of all these trucks will be announced later this year, closer to when the trucks go on sale.

How One Should Buy Seat Covers For Cars

So you think that seat covers for cars are just a regular accessory for the cars and there is nothing special about them so why should...

Things About Cars You Need to Know

Image: Buying a used car is a great financial move which can help you save more money than ever before, but it also involves more...